How to get rid of Wasps and Hornets

At Allied Pest Solutions before we can do proper Wasp and Hornet Control we want to provide information to distinguish the various types of Hornets / Wasps.

Do I need to bee Concerned about Wasps and Hornets?

It is important to know the difference between the various Wasps and Hornets because each species will present a different problem. For instance:

Bald-faced Hornets- are very aggressive and will attack anyone or anything that intrudes in their space. They have smooth stingers, so they have the ability to sting repeatedly. Their stings also carry venom that makes the stings hurt, itch, or swell for about 24 hours. Humans are at the same risk of allergic reactions from a Bald-Faced Hornet sting as with other Hornet stings.

European Hornets- can do a great deal of damage to trees and shrubs, they will strip the bark to get to the sap. They also use the fiber from the bark to build their nests. They have smooth stingers, so they can also sting repeatedly. Their stings also carry venom that makes the stings hurt, itch, or swell for about 24 hours.

These are various types you might be dealing with: 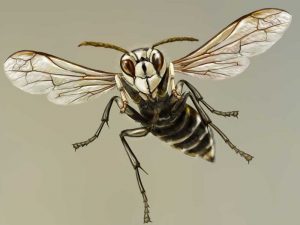 Bald-faced Hornets (name derived from the large white patches on their faces).

European Hornets (much larger than other Wasps). 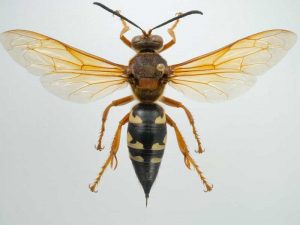 Cicada Killer Wasp (most often mistaken for a Hornet). 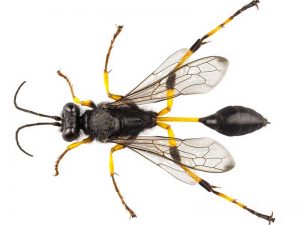 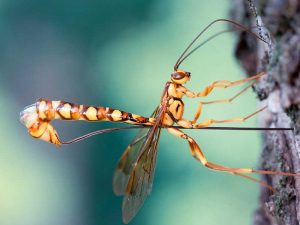 Horntail Wasps (birthed from wood where female has deposited her eggs). 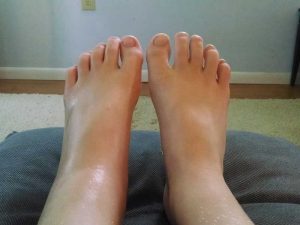 You can see the swelling of the left leg compared to the right leg from the sting. 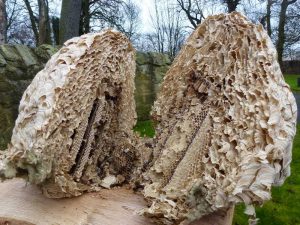 The Schmidt Pain Chart will give you the rough amount of time that the sting will cause severe pain.